Hello friends! Long time, no chat – I know. But thanks to Ale for holding down the fort while Pam and I took some time to reflect on how terrible it is being an adult. Yay! 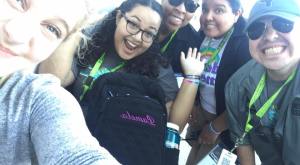 Earlier this month, I got to volunteer for South by Southwest (SXSW) in Austin. And boy…do I have some stories to tell. First, let me say that I had an amazing time this year at SX. It’s one of my favorite times of the year in the city because in a place that already is bursting with things to do, during SX it’s all in one place and most likely within walking distance (I’ve also recently discovered I’m anti-driving – who knew). If you live in Austin, there are certain known truths about the city: i35 has terrible traffic, there’s always at least one person shouting at you as you walk down Sixth street, someone’s drunk somewhere – always, you can’t touch the horse cops, etc.. During SXSW, multiply that by 50 and the city that “keeps it weird”, get’s even weirder.

Enter me! (she says in parentheses)*

Ale shared her experience a few weeks ago and painted a beautiful image of how wonderful it was. Welp, this blog has it’s name for a reason. So let’s talk about how strange I am.

Picture it, a group of normal people and… well me are standing around chatting when a SXSW employee walks up to us and asks us how we’re doing.

EVERY DAMN TIME. The odd fact is – I’m not even shy! I talk to everyone, and normally I’m not a complete freak about it. Jesus take the wheel – I don’t know what happened.

And it didn’t stop there. Jack Garratt walked right by me on the street and I stood there like a flailing idiot and wouldn’t say anything to him. Here’s why that’s upsetting. Since my early concert days, where I now cringe at the memories of my awkward encounters with band members, and truly a horrific picture of me clutching Alex Gaskarth for dear life (no I will not attach the link), I have devised a foolproof plan on meeting celebrities (but that’s another blog post).

By the third day of this, I resigned myself to the fact it was a lost cause.

As some of you might know, SXSW is divided into four different parts: Edu, Interactive, Film, and Music. On the first day of music, Pam hooked it up and got us a spot in line for Sia tickets.
OH! Before I forget, there’s a ton of free food and booze at SX. That’s important because on my way to the Sia line I stopped by the McDonald’s Lounge (hey fran!) and could not get in for my free egg McMuffin because I didn’t have my ID.

As I was regaling Pam and the people we’d made friends in line with the thrilling tale of how I was trying to bargain my way in, Pam stopped me and told me I needed my ID for my Sia ticket. CUSS!

Just then the line started to move and I took off running like an olympic champion. I was super proud of myself honestly. I felt unstoppable, like a bird set free, so alive (see what I did there)… until I realized I was running in the wrong direction.

Here’s a visual of my stupidity.

I kept clutching my walkie in front of my face and yelling random important-ish words so I looked less like a maniac and more like an official person with very- running-necessary- responsibilities.

Luckily, it all worked out. I got there in time to collapse on the ground and crawl my way to the front of the line. I’m classy, y’all

Honestly, that wasn’t even the first awkward thing I’d done that day! Our crew chief leader was kind enough to let me carpool with her during the week of sx, and this day I waited until we’d parked and started getting out of the car to realize that I’d left my badge at home. Awesome.

Thank god for ridesharing companies like Lyft because I would have felt awful asking Jamie, to drive me back to my apartment. So I call my Lyft and start the wait. But only… I’m not great at reading maps that don’t flip when I change directions. So I kept crossing the street back and forth trying to make it easy for this guy to pick me up and still ended up on the wrong side of the road! To be fair he went to the wrong place.. Whatever.

James, my Lyft driver, was a producer from LA (who isn’t, amiright? JK),and he was kind enough to take me to and from my apartment. In that time we got to talking about his latest project. “The best new horror film of the recent year.” I immediately told him “Pass. I don’t do horror films.” He then tried to convince me it was more suspenseful to which I responded “Yeah, I don’t believe you.” Then! He threw some star power into it. “It’s got Jesse Bradford,” He said, which I promptly confused with Jesse Metcalfe and said” Oh I love John Tucker Must Die.” Oy.

Anyway, towards the end of the ride, I was still not convinced to see the movie (because I’m afraid of everything), but I promised I’d tell my friends. So everyone go Dead Awake when it comes out later this year!

Now back to that free food. As I mentioned, there’s a lot of it but it’s rarely good for you. I’m not the healthiest eater, but even I don’t eat like this every day. So many energy drinks and coffee and tacos and donuts, so much pizza – Jesus help me. Obviously, this reeked havoc on my poor stomach. This is a horrible nightmare for someone who hates using public restrooms for something other than tinkle town.

After the fourth day of trying to hold it until I got home, I realized I was going to have to sacrifice my pride. Then like a heavenly apparition appeared the handicapped restroom – bless all your sensitive bowel needs souls. Now the only problem after that was finding an alternative bathroom when that one was occupied. Again, my walkie came in handy when I was pretending to look important as I trolled the hallways of the Hilton looking for a private-public bathroom.

On St. Patrick’s day I had one goal. Find Green Beer. I’d like to point out that this is my goal every year and I’ve only been successful once. This was not that year. Instead we went to the McDonald’s Lounge and got some free dranks, accidently stumbled into Alex Newell’s set (Yasssssssss honey), and end up at a biker bar where I broke the cardinal rule of SXSW and spent money on alcohol. I know – was living in the moment and buzzed on several glasses of wine. Whatever.

Fast forward to friday. “All aboard!” Struggle bus just rolled in with a passenger of one, and it kept going down Queasy Stomach LN, onto HWY Headache, narrowly missed the ditch near Stumble Falls, and strait off the cliff in Vomitville.

Now we’ve talked about my hangovers, they’re bad, but not this bad. This was some weird Fireball induced fever dream. Or questionable Fish Tacos.

Let me walk you through it. 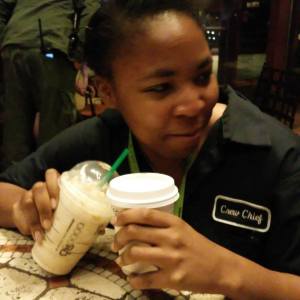 7:00 – Wake up in panic thinking I’ve missed my ride
8:30 – Accidentally fall back asleep and actually almost miss my ride.
9-10:30 – struggle bus starts rolling in
11:00 – board the bus with a slice of pizza because people say greasy food helps. STOP TELLING THAT LIE.
12:00- I say “ I want to ride a Horse Pony”… what?
12:15-3ish – wallow in despair
Sometime after that – eat the questionable fish tacos
Until 8ish – wallow, walow, wallow
8ish after- my body performs some kind of force quit and malfunctions on me. Sorry Hilton Bathroom you were so kind to me. I even sorrier to the person who I had to tell that I didn’t make it to the trash can on time.

After that there’s a lot more vomiting. My personal favorite was the second time at the Youtube club when I ran into a full bathroom, apologized to the room at large, vomited into the trash can, and promptly tied up the bag, because like I said I’m classy.

And there you have it. I never fully recovered from that night while the festival was happening and had to take baby bird sips of everything for the next couple of days to make sure it all stayed down. Apart from all of that, SXSW was great!

Until next time – peace!

*IT’S A HAMILTON REFERENCE. LOOK IT UP.